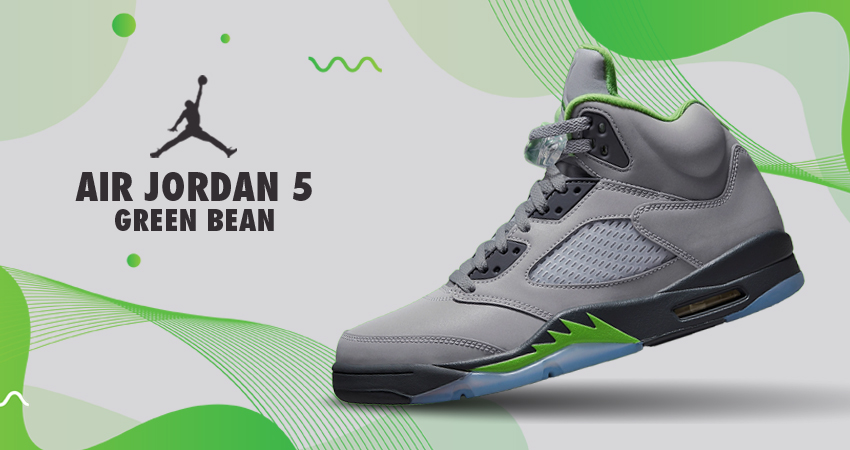 Today we will Explore The Official Looks Of Air Jordan 5 Green Bean! The sneaker seemed like an exclusive blend with classic style! So starting the general launch colourway to dominate the market. Originally came up in 2006, the Air Jordan 5 “Green Bean” will be making its retro return in 2022. Swathed in a Silver, Flint Grey and Green Bean colour scheme. So this Air Jordan 5 will look like the original drop featuring a Silver base covered in a 3M reflective material. Other details include Green Bean contrasting accents atop Grey midsole and translucent outsole. 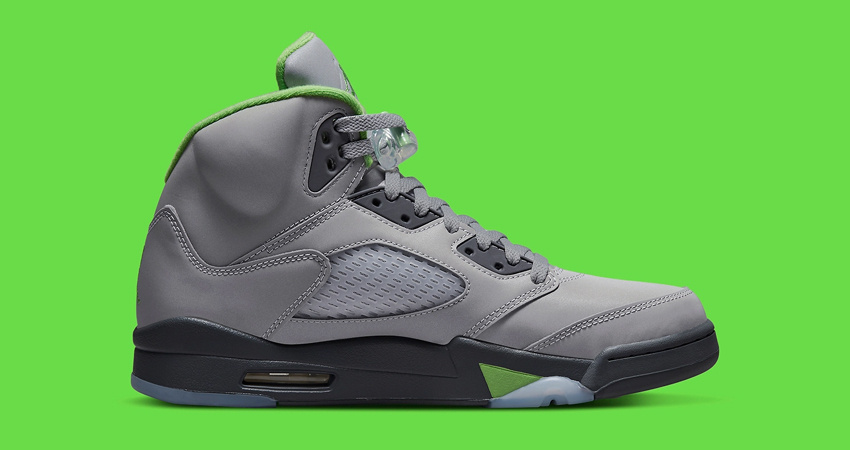 In the prior years, Jordan Brand has brought back several beloved yet relatively overlooked colourways. Some of which have not seen the light of day for more than a decade. So the Air Jordan 5 “Green Bean” is among this group, as it’s coming back 16 years after its debut. Mimicking its appearance in 2006, the 2022 version of the “Green Bean” is heavily faithful to the original. As such, reflective silvers outfit much of the upper, while darker greys mark the eye stays and the sole. So the adjacent, the titular green comes in along the Jumpman logo, lining, and the midsole’s spikes, while partially see-through materials accent the netting, lace toggle, and outsole. 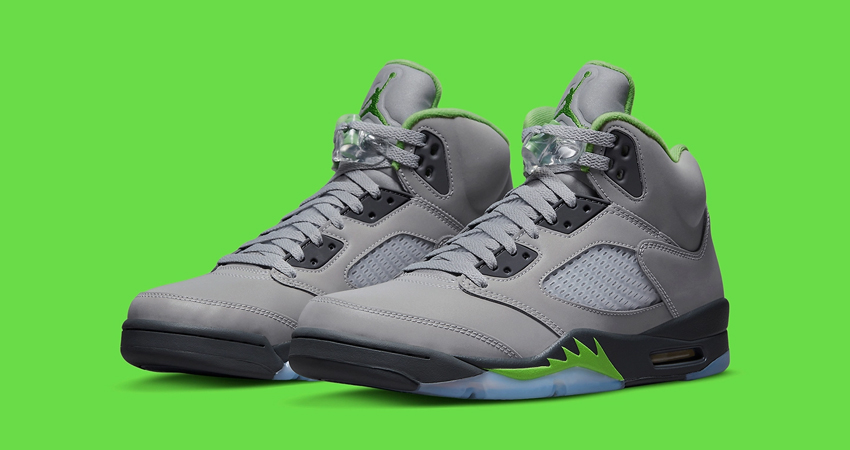 It’s an annual tradition for Jordan Brand to scan through its retro archives and decide on which classic silhouettes and colourways to reintroduce to the market. And in 2022, the sneaker community will see the imprint highlight the Air Jordan 5 “Green Bean”. A makeup that originally came back in 2006. Judging based on a set of early leaked images of the shoes, it appears that they will be making a rise with all of their original design cues. Originally released in 2006, the “Green Bean” contribution returns in an all-suede build with green on the tongue, sock liner, and shark teeth. Similarly, the silo includes reflective 3M materials throughout the upper. 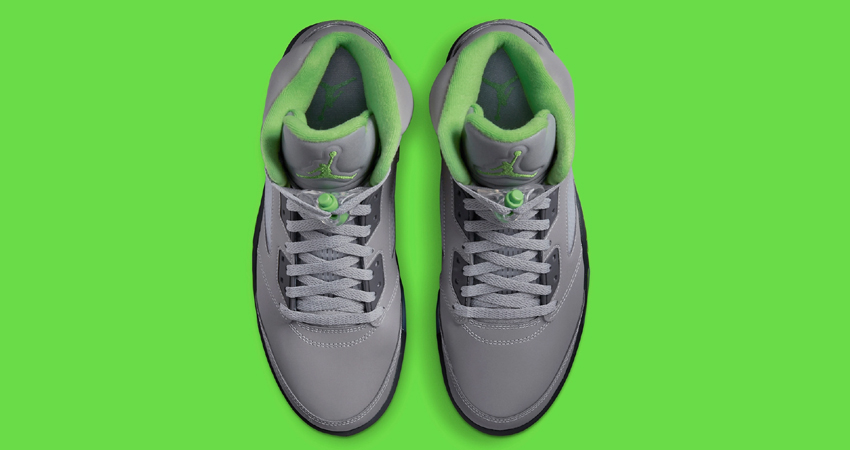 The iteration also rumours to come packed in a custom box which we can witness on some relaunches from the early and mid-2000s. As we end the year, expect more Jordans to receive their first retro. Reflective materials steal the show for this Jordan iteration as they form the tongues, toe boxes, collars and overlays. Stealthy, charcoal grey accents are integrated into the eye stays, and “Green Bean” accents are situated onto the interior lining, Jumpman logos on the tongues and the lace toggles. Netting on the middle of the throat and the quarter panels is done with their usual translucent appearance. Bottoms are presented with charcoal grey midsoles, green forefoot spikes and icy blue treading to round off its entire look. 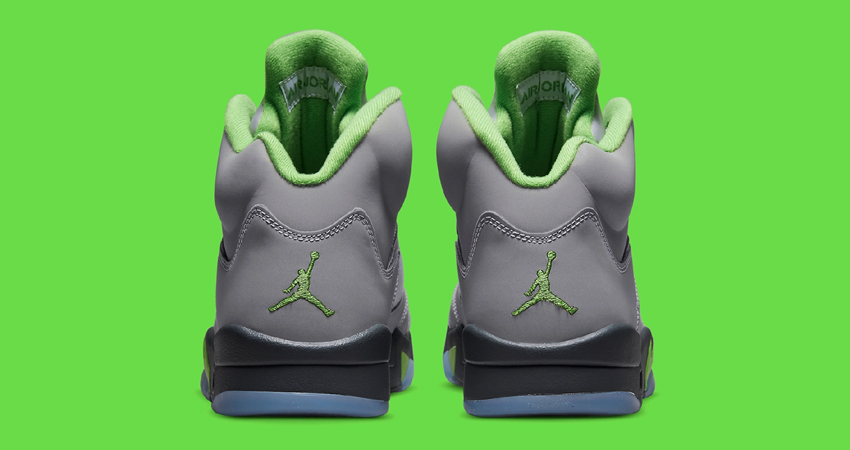 According to a new report from Sneakerheads, looking forward to next year. Jordan Brand is getting back an adored Air Jordan 5 Retro from the 2000s for the first time. So originally released in 2006, the “Green Bean” colourway will make its first market appearance in 16 years. So the shoe we all know for its grey-based, 3M reflective upper, contrasting dark grey hits, and, most notably, bright pops of colour throughout. The placeholder image is an aged pair from 2006—expect next year’s release to feature a blue-tinted translucent outsole. The “Green Bean” Jordan 5  releasing sometime during the Summer of 2022.

The brand new Air Jordan 5 Green Bean is ready to drop soon. Look out at FastSole to check and see what is up and be recent to the latest news on the latest release. Also, continue to read other articles’ writings to skip missing anything new from your pried sneaker townlet. 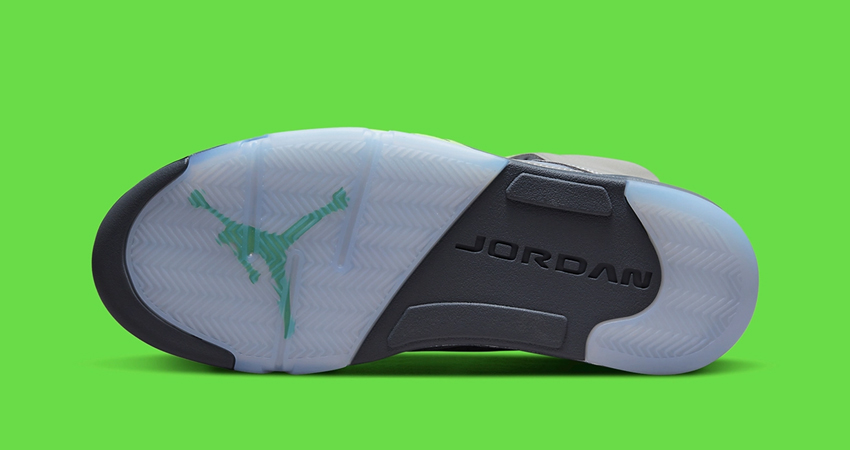