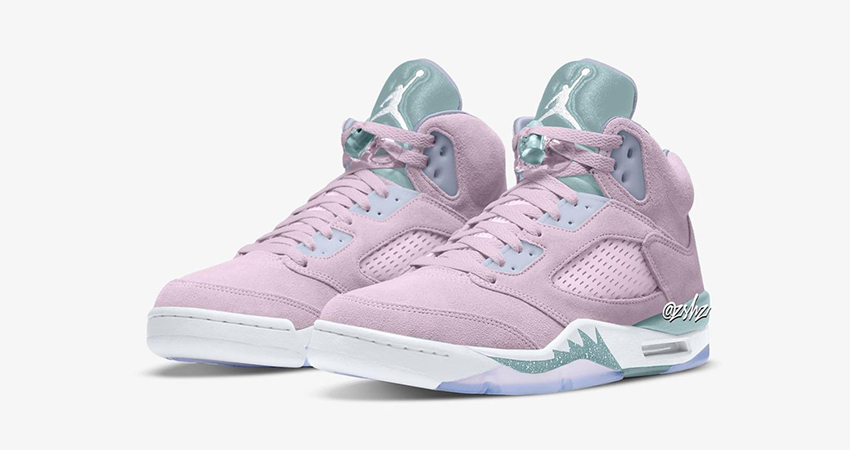 Groove the streets in Regal Pink Air Jordan 5 Releasing Next Year. The colourway is soothing to the eyes. It...Read More 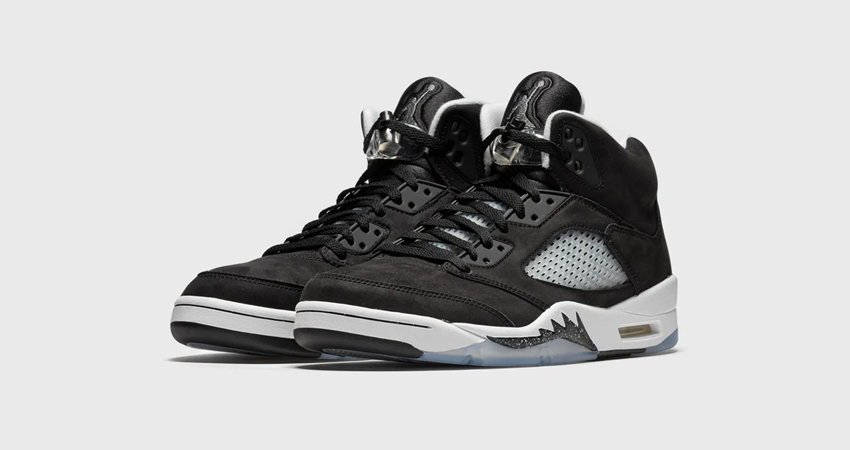 Buckle up because the latest Air Jordan 5 Oreo Black Has A Release Date, and it’s not too far...Read More 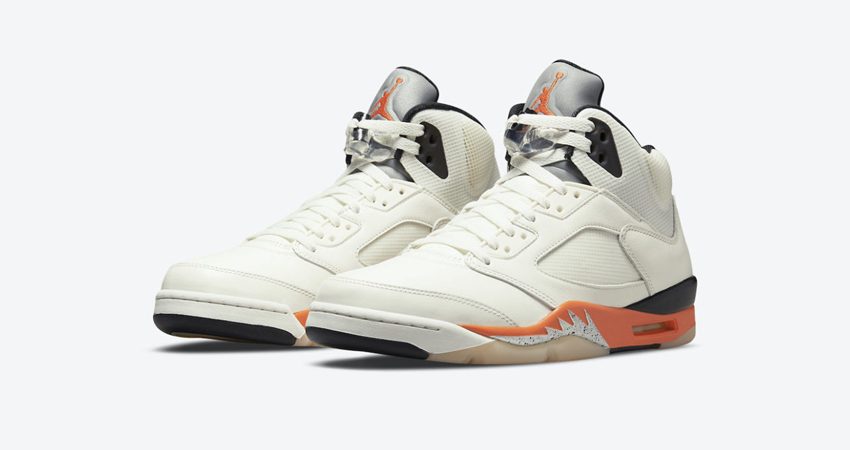 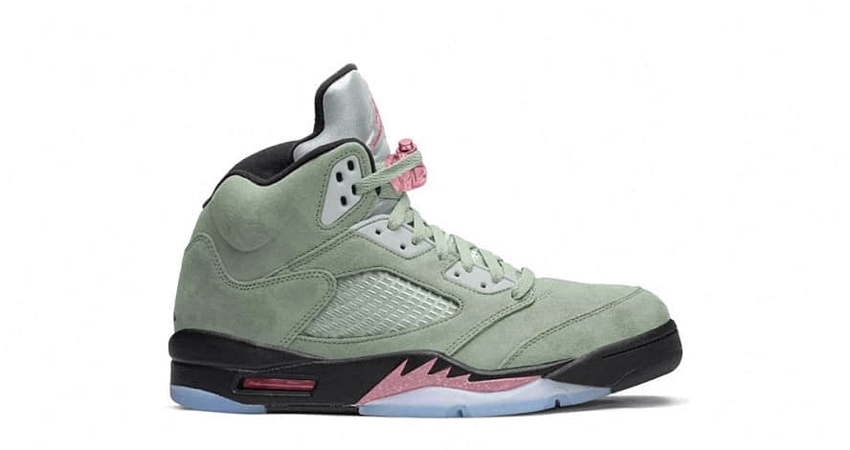 The Release Details for Air Jordan 5 Jade Horizon are here, so buckle up and start preparing for this masterpiece! Like we...Read More

Jordan 5 is unquestionably one of Jumpman's best silhouettes and also bagged the 'best dressed' title while competing with the other Jordans.

Air Jordan 3 and 4's cavernous success led to another powerhouse collaboration between Tinker Hatfield and Michael Jordan. Launched in 1990, the Jordan 5 line was not just another basketball shoe. There was depth, there was intricacy, and there was immense contrivance!

Tinker designed the masterpiece with a lot of detail. He closely watched Michaels moves on the court and revamped the sneaker line accordingly. The designer felt Michael fought like a fighter plane and therefore adopted the fighter jet design used in World War II. Tinker did something that was never done before. He decided to design the shoes based on Jordan's mind. And that's exactly what made the sneakers a huge success. Without any hesitation, these sneakers created maximum followers towards the Jordan brand.

The stunning shoes were seen bragging a 3M bold tongue, striking embossed Jumpman embroidery, asymmetrical collar, moulded mesh netting and a lace lock system. The hype-frenzied also flaunted icy bottoms and aggressive midsole teeth. The fighter plane concept is yet a true-hearted depiction only to Jordan 5. But this wasn't it. Tinker outdid himself even with some incredible colourways. Some of the heartthrobs included the Air Jordan 5 Fire Red, AJ5 Grape, AJ5 Laney JSP Varsity Royal and more! One of his much spoken and loved collaborations to date was the Off-White x Air Jordan 5 Sail.

Since the initial Jordan debut, the sneakers have made a spesh place in the athletes' hearts and fashionistas feet. Nike Air Jordan 5 ruled the millennials benevolently and is also recognized as the 'Greatest Jordan of the decade'. If you want these sweethearts straight inside your shoedrobe, run through Nike Air Jordan 5 Complete Guide right away! Fast Sole is flooded with a potential list of these iconic sneakers. You surely don't wanna regret missing it!