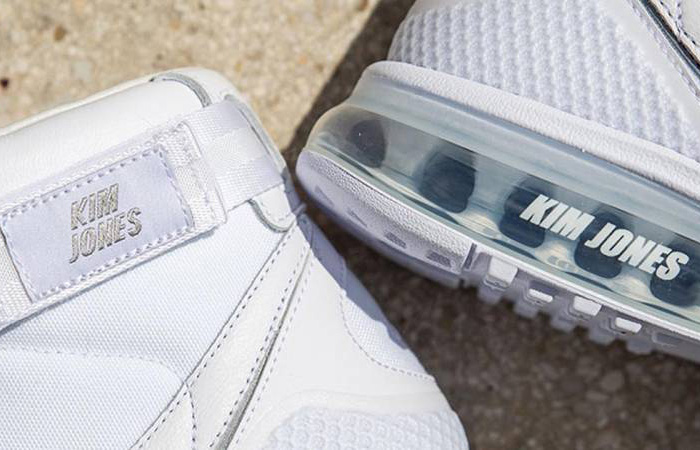 Kim Jones Nike Air Max 95 Coming Soon With Their Next Collaboration and it’s gonna be astounding. The creative...Read More

Some sneakers become so great that they stay high-profile for all decades. Similarly, for the Nike Air Max 95, these trainers for running travelled through the time beyond a generation! Many of the millennials were babies or not even born yet when a new revolution started. Tinker Hatfield broke his own record by adding two AIR cushions on the midsole! The thing is, his brilliant blueprint of the AIR bag was extremely popular and literally blowing up the sneaker streets since the first Air Max dropped. Along the way, these shoes have brought some drastic changes int he sneaker culture.

Nike is always promising and drops a fashion bomb every season! The fashion world back in the 90s was not that massive, and people were simpler, happy with what they have. Then Tinker Hatfield decided to shake things up with his conceptual masterpiece in 1987 - The record-breaking popularity of AIR MAX shoes that we now proudly flaunt in the streets! The highly engineered cushioning comes from the pressurized AIR bag on the midsole. He upgraded his designs to Air Max 1, then Air Max 90, and next came the one we never thought of! All the predecessors rocked a single Air pouch on the heel. Contrarily, the stunner from '95 came with two visible Air-Sole units, and it was a visual design by Sergio Lozano.

Lozano's blueprint took fuel from human anatomy and clearly shows. The upper body resembles the human figure's spine, skin, ribs, and tendons. The multiple waves on the sidewall sometimes flaunt multi-colours and also stay monochrome. Before we go any further and forget another thing, you should know that this silo was the first with black midsole too!

Yes, visible units were not new. But TWO! Moreover, no other AIR Swoosh had any cushioning pod on the forefoot, so this one became the first. The timeless appeal and the plethora of striking colourways, that's a legacy very few other shoes can run up against! This AM 95 release was blowing up the success meter, and later it paved the way for many more famous designs. For example, Air Max 97 and Air Max 98 sneakers. Likewise, we now have some incredibly engineered and track-ready AIR runners that come with more cushioning and bouncy comfort. Air Max 720 has recently been taking most of the attention. But the classic appeal of AM 95 is still the same.

Back in the past, designers like Tinker Hatfield, Bruce Kilgore, and many from the top-list were working with Nike. This continues today too, as we get to see collaborations with Virgil Abloh's Off-White, Samuel Ross, Stash, atmos, etc.

Lozano's work with All Conditions Gear helped him outline the design because Air Max 95 is perfectly ready for "all conditions"! Keep an eye on @FastSoleUK for all the daily updates we bring about this series.