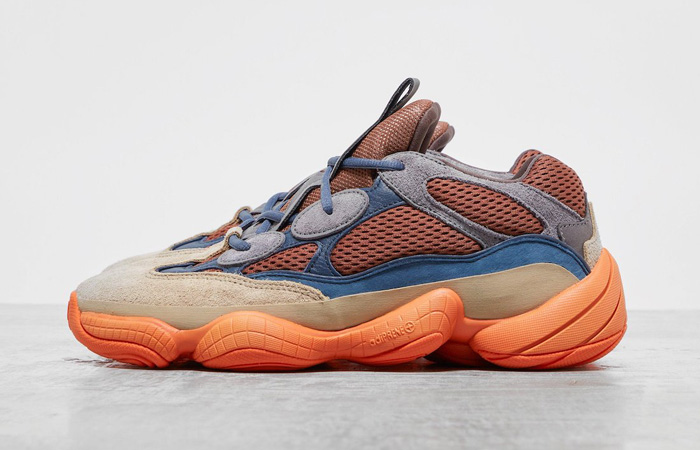 Here’s the First Look at adidas Yeezy Boost 500 Enflame. The kicks are to be hitting the stores during Spring/Summer...Read More 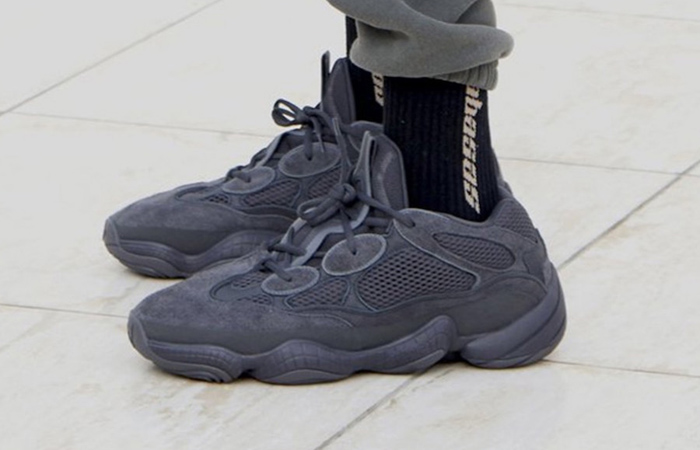 The Yeezy 500 “Utility Black” Confirmed It’s Release Date, and it’s closer than you think. So, you better rush...Read More

Here is the very First Look At The adidas Yeezy 500 ‘Lavender’, that’s currently breaking the internet. At initial...Read More 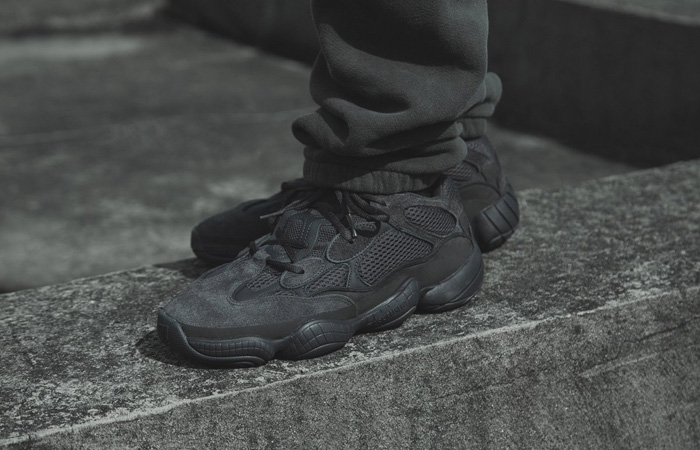 The Yeezy 500 “Utility Black” is Restocking In November!

Have you guys heard? The Yeezy 500 “Utility Black” is Restocking In November! While this news might be a...Read More

The stunning collaboration between Kanye West and adidas reached new profound levels with the unfolding of Yeezy Boost 500. The designer released the stunning sneakers in 2018 during the NBA-All Star weekend.

These heartthrobs were the first in the Yeezy family to ditch the Boost technology graciously. Kanye being the fashionista, debuted the label with the release of the ultra-limited 'Super Moon Yellow' followed by "Blush' and 'Utility Black' thereafter.

These charming silos were designed with the notion 'feet your wear' to create a new sneaker trend. The rolling out of 'Desert Rat' runners were a huge success amongst sneakerheads and fashion mules due to the impressive fabrication. The sharp-witted foot gears restrained the rolling of ankles on the court. The trainers elegantly mimicked the natural curves and shape of the user's foot with an organic curve from the outsole to the midsole.

Yeezy 700 sneakers ranted a robust combination of suede and mesh on the upper and left no stones unturned with the soles. An ortholite inner sole and adiPRENE midsole made strong waves for all the solace it provided. Once the stunning colourways like 'Stone' and 'Soft Vision' rolled out, the Yeezy fan following swelled up by leaps and bounds. The chunky sneaker designer also came up with a high variant to provide utmost security.

The knockouts were flexed by Kim Kardashian and Kanye's most experimental runners to date. Because of its chubby structure, you could love them or hate them but not ignore them!

Check our Yeezy 500 Size Guide to grab your favourite most pair, and stay tuned with Fast Sole for all the upcoming Yeezy releases.